The good: Jake and I got the first dose of the COVID vaccine.

The bad: I got into another tiny car accident earlier this week, details of which will remain unsaid.

The beautiful: My neighbor who 100% terrifies me is moving out! No, really, the beautiful is below. My self-portrait for this week… 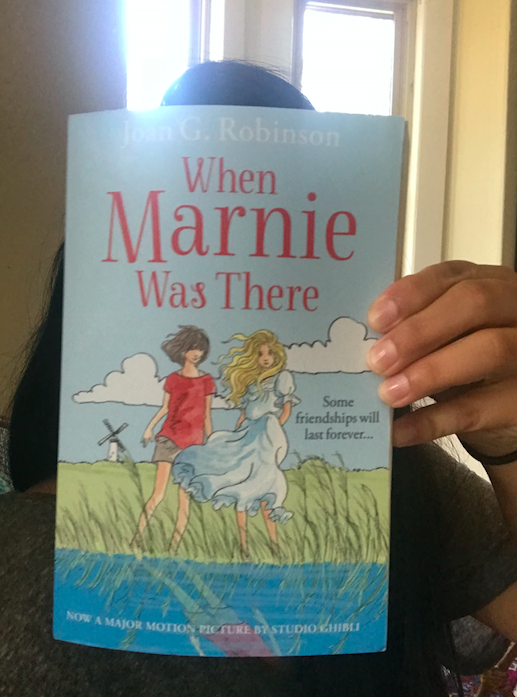 So, I have this thing where I hate anime. But then Jake had me watch this movie called Only Yesterday and it was probably the best thing I’ve seen in five years. So, I went ahead and picked up the book he said was also a great anime movie and I just couldn’t bring myself to read it. Then, Monday when I couldn’t sleep, I popped it open curiously, and within ten minutes I was sucked in and read all night and got a good case of the creeps. Anytime a book features a lonely orphan girl narrator who is in hate with the world and happens to have an unusual friend…I’m all in. Highly suggest if you have a soft spot for Pippi Longstocking, Pollyanna, The Secret Garden, The Little Princess… it’s totally worth it!

My letter for today is below.

As a kid, I was afraid of two things.

Number one was failure, and number two was growing up and still being poor. My massive fear over these two things dictated my future far more than it should have.

My mom dreamed of becoming a scientist when she was a child, and it’s still something I feel theoretically suits my temperament. Being alone in a lab playing with alchemy and not having to interact with people socially felt like a terrific idea. The bummer realization I had in college was that I hated science. I felt this way in high school but thought about how convenient it would be if I felt otherwise. I’ll say it again: I STILL HATE SCIENCE. In college, I spent a lot of time in the back of the lecture hall with this cowboy named Will, and we would pass a newspaper back and forth and Sudoku or attempt the Wednesday crossword. We barely spoke to each other, but we understood each other.

Chemistry felt to me like it lacked empathy. The squiggles and diagrams in my textbooks did not relate to me as a human. I was feeling massively worried and very, very stuck.

I had a great mentor, Kyle, who supported me. He told me he was glad that I felt stupid because that meant I was learning something. It’s only as I’m writing this letter that I realize he didn’t mean I was learning physical chemistry. He meant that I was becoming acquainted with failure for the first time.

I was so close. I had declared an architecture major at SMU and a writing major at Cornell. But I chickened out. The distance and the price tags were terrifying for both, but what ground me down with time was the realization that I would be a prisoner in my own life. Kyle drew up paperwork for me to change my major to a triple concentration in writing, political science, and pre-law. But I didn’t go through with it at the eleventh hour. I ducked out of chemical engineering, lost a few scholarships, and kept one big one that allowed me to stay out of debt if I worked a few extra jobs. The price? I ended up declaring a finance major, and I tacked on chemistry for good measure because I had already taken most of the classes.

It was devastating for me to go from living and breathing and loving school to deep disenchantment in college. All of the glow and magic that held me aloft as a young person in high school floated away once I chose a path that was not right for me. On this side of history, I should admit that I did learn something.

How to write a check. How to stay up past five am watching bad anime with my then-friend Jason. How to run like the wind after the bus that was hellbent on leaving us behind the next morning. How to help my friend Zac bury his father. How to love someone who doesn’t love you back (proceed carefully, this is an art form). How to fit the contents of an apartment into the backseat of a car. How to not get attached to permanence.

I should mention that during these debacles, I met Megan, who was three months pregnant and in the doghouse with her Christian family. I guess we were both gluttons for punishment because together, we survived global finance, corporate banking, and real estate, all subjects that made me want to vomit. I was quite possibly more bored than I had been in my science classes. I should mention that most people came to class in a suit (!). The most important thing that I remember from my finance classes was watching Megan’s baby grow into an avocado by January and watermelon by May. I was so proud of the life she was cooking, and it was the first time I could actually visualize myself as a mother too.

At the business school, I did like one professor. He characterized himself as a lonely genius and would ramble with me outside as the sun set. One afternoon, we sat outside the rotunda and he told me to absolutely not become a lawyer. I’ll always remember that (and honestly, probably thank him for it).

My favorite professor was my writing teacher, whose class I took on a whim. In her class, I felt liberated, after all the time I spent listening to what others had told me to do.

Without this little seed of hope that she gave me, I certainly would have perished. She found me a job, where I met my best friend (hi Aaron!). She fed me. She believed in me. She warned me not to get an MFA unless I wanted to be young and broke. She gave me the life skills to survive a soul-sucking job. She encouraged me to use my fancy degrees and use the skills of an anthropologist instead—I wasn’t working, I told myself, I was researching interesting spaces that I could scaffold into my stories.

And that, baby, is how I became a writer.
Love, mama